I had a funny match yesterday. Here's the story. Names changed to protect the not-innocent.

For reference, I'm playing this build of Topless Miracles: 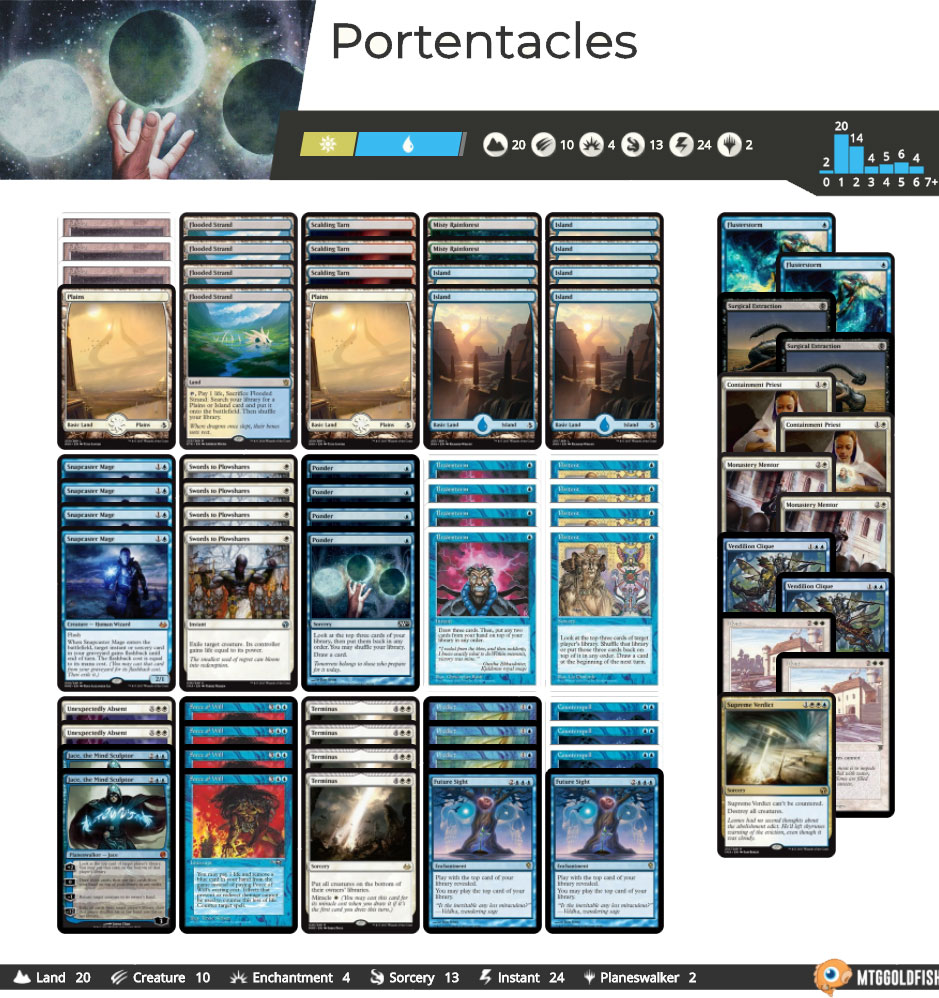 I walk to the table where Steve is sitting. He's in the middle of a trade. I sit down and spread out my various gaming implements: playmat, deck, dice, and life pad. Steve is still in the middle of a trade. I check that my deck is properly de-sideboarded and begin to shuffle. After a minute or so of shuffling, I place my deck at the top center of my playmat, present it. Steve is still trading.

Steve finishes his trade and begins to shuffle. After a minute or so, he presents his deck. The round timer is at 43:20 . I know because I wrote it down. While I'm cutting, he leans over to his trade binder and pulls out some cards. You see, Steve was ill-prepared. Steve showed up late and missed round one. By the time round two started, his sideboard wasn't ready yet. I suppose grinding trades takes precedence over being prepared for, or even playing in, the tournament you Steve showed up for.

Steve is playing a deck that I would describe as Jund Aggro. It lacks the traditional Cascade and Punishing Fire aspects of a Jund deck. In the past I've seen Deathrite Shaman in this deck but today, the only one drop I saw was Elvish Mystic. Other creatures include Dark Confidant, Scavenging Ooze, Eternal Witness, and Ramunap Excavator. There's also some number of Bind in the deck.

I lost in a tight one. I think I was too aggressive in my countering of threats when I should have waited a turn or two to cast a Terminus and dealt with more creatures at once.

Talking about it after the game, I mention that. Steve's friend Eric butts in and says that if I tried to Terminus, Steve might have been able to counter it. I respond that it's unlikely that a Jund deck is able to counter a spell and that even if they did, in this scenario, I would now have countermagic in my hand. Eric seems stunned by this.

Both of us keep our opening seven. I play an Island, Ponder, and pass the turn. Steve draws for the turn, looks at his hand, and discards to hand size.

Steve kept a hand with no land.

My Ponder set me up to be able to cast three Portents by turn three. 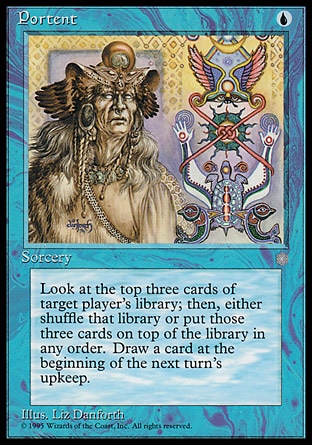 In any other situation, Portent is a fairly weak play for my hand. But with an opponent on no lands, I decide that keeping Steve off of mana is the most powerful thing I can do while I otherwise advance my position. I Portent targeting Steve and stack his deck such that he'll draw Dark Confidant, then Thoughtseize, then Taiga. I Ponder and pass the turn.

Steve spends his next two turns drawing and discarding as I Ponder and Brainstorm my way towards a win condition. With a Taiga now on top of his library, I cast Portent targeting him again.

"You're never going to let me have a land are you?"

Steve concedes and we move to game three.

Again, we both keep our opening seven. Steve plays a Wasteland and passes. I fetch for an Island, Ponder, and pass the turn.

Steve draws his card for the turn and then passes.

Steve kept a hand with no colored mana.

I do some more sculpting and pass back to Steve. He draws and discards to hand size. On his next turn, Steve draws again, sees that he still hasn't found a colored mana source, and concedes.

Eric and Steve argue about whether the keeps were correct. Steve is adamant that they were correct. You can't afford to lose card advantage to Miracles, he reasons, and even if you do, Miracles is so slow that you have plenty of time to draw land. Eric points out that it doesn't matter how good your hand is if you can't cast any of it.

I walk away quickly to tell my friends about the match I just played.