Note that my comments only apply to side events as I had no interest in playing in the main event.

Many were quick to point out that scheduled events for a particular format overlapped each other. These events were scheduled 2.5 hours after the previous event. While it is true that three rounds of 50 minutes adds up to exactly 2.5 hours, the events ran over that. There is additional turns and the time between rounds to contend with. I would've preferred these events be scheduled at least three hours apart, preferably a bit more, especially for Legacy.

For players wishing to play in as many side events for their chosen format as possible, there were two options: leave their previous event early or arrive at their next event late. I observed players utilizing both of those options throughout the weekend.

I would conservatively estimate that after the first side event, around 10% of players arrived late to the next side event. Many of them were quick to explain that they were finishing up their previous event. Those players were (correctly) given time extensions, further exacerbating the problem of tournament length and overlap.

Leaving early has three options. A player can attempt to play faster, potentially reducing the skill with which they play. A player may concede sooner than they might otherwise. More commonly at events not at the GP, players will offer an intentional draw. It's harder to guess how many people made decisions based on time in the final round as some of these changes are invisible to all but that player. In any case, I don't like that that the decision had to be made. Additionally, any of these choices has an affect on the value of the tournament, which I'll be getting to shortly.

For the purposes of this section, I'll be referring to the "nominal value" of some things. This is based off of the conversion rate of tickets to standard booster packs. That rate is ten tickets for one booster pack with an MSRP of $3.99 . I understand that this is certainly not the price that CFB is paying for these packs. I also understand that this is not the price that many players pay for packs at their local game store. However, as it is the price set by Wizards, I believe it is the best price point that can be assigned.

Value of a tournament

The price for scheduled constructed side events was $20. "Double up" events were $35 with twice the prize payout.

Twenty dollars was also the price for a current-set draft. Drafts require additional judge resources as they have the same number of rounds but also include the draft portion. Drafts also include sealed product valued at $11.97, placing the face value of the tournament itself at $8.03, 60% less than a constructed event. Iconic Masters drafts took this value change even further. These drafts were priced at $30, only three cents greater than the MSRP of the packs a player would receive to participate in that draft.

Two different Reddit threads ([here] and [here]) have been made about the change of side events to three rounds. If CFB has commented on this change, I have not seen it.

As a few people pointed out in those threads, it was common at Grand Prix for players in the 3-0 bracket to intentionally draw, ending up 3-0-1. I suspect that the move to three rounds was intended specifically to remove a fourth round in which those IDs were the primary match results.

At $20 for three rounds, you're paying $6.67 per round of Magic. I don't know about you, but that sure seems quite high. But where the price really starts to hurt is when the overlap kicks in. Trying to play in as many events as possible, both players in the final round may want to ID in order to make the next tournament. This lowers the tournament to effectively two rounds with an average price of $10 per round.

People have a lot of opinions on prizing so I'm not going to delve too deeply into this. Suffice to say that, at least using the metric I've been using thus far, the prize payouts are strong.

Many of the 'Goyfs were disappointed when we saw that there was no Vintage side event scheduled. One of our team reached out to CFB to ask them to put it on the schedule. We had the people necessary but without a pre-scheduled time, it would be difficult to have them all ready to go at the same time. So that's what we did.

When that time came, four different staff members told us that they couldn't run Vintage. They'd be happy, however, to have us play Vintage in Turbo Town.

I tweeted our disappointment with this turn of events and got a couple replies. A few hours later, CFB responded letting us know that they could indeed get a side event going. By then, it was too late as half of us had signed up for other events and the other half had left for a night on the town so no such attempt was made.

Turbo Town is everything I didn't know I wanted in a Magic event. This is as close to playing cash games with randos as you will ever find. There's minimal downtime.

The nominal entry fee of Turbo Town matches are $1.01 . You potentially over double your entry fee.

CFB needs to advertise Turbo Town like crazy. It's low cost, high EV, and if enough people are playing it, has far less downtime than any traditional tournament.

I understand that some of these things are in my control. I could play out my third round and skip the next event. I could choose not to play in an event. However, as the customer, I believe that the product should be adjusting to these problems rather than me adjusting to work with the problems in the product.

I'm not particularly excited about how much I spent on entry fees. I'm also not thrilled about the amount of downtime I had. But at the end of the weekend, I spent $75 playing 8 rounds of Magic and for my troubles, I walked away with an NM REV Plateau. That's not bad for a weekend of Magic.

I hope Turbo Town can become more popular. It's the thing I do in the hotel lobby the night after the tournament, but during the day and supported by the TO.

A friend recently asked me for advice on what to do with her parents on a weekend in Dallas. Here's my recommendations. 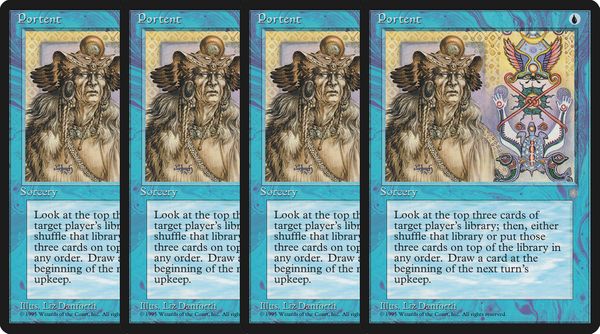 I had a funny match yesterday. Here's the story.